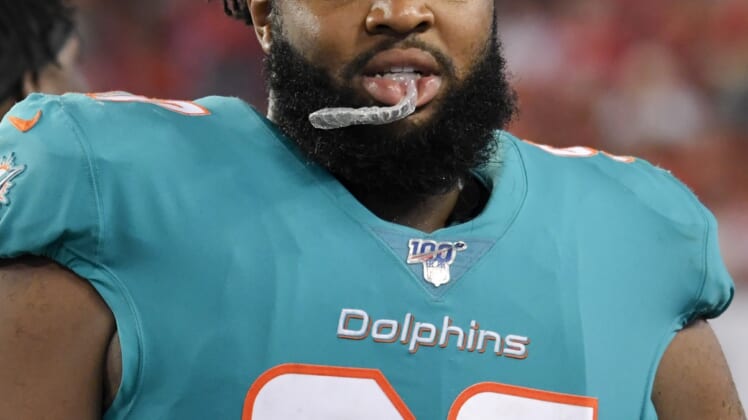 Well that didn’t take long. On just the second play of Sunday’s game between the Buffalo Bills and Miami Dolphins, rookie Christian Wilkins was ejected.

Wilkins was ejected for throwing a punch at Bills offensive tackle Cody Ford.

Video shows Wilkins was getting pushed around a bit by Ford. He simply lost his temper and threw a punch.

Miami was already in deep trouble defensively, even with the first-rounder out of Clemson. With him out of the lineup, Buffalo’s offense should have its way with the Fins all game long.