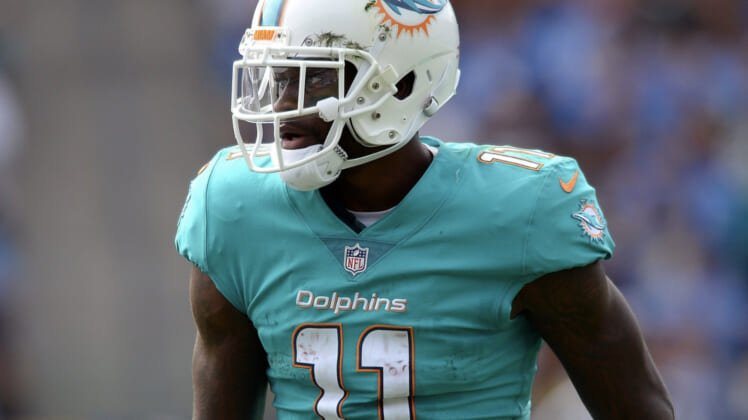 It sure seems like the Miami Dolphins are not looking to tank against another bad team in that of the division-rival New York Jets on Sunday.

Tied at seven about midway through the second quarter, Ryan Fitzpatrick found DeVante Parker on a 17-yard touchdown to give the winless Fins a one-touchdown lead.

But check out the play by Parker as he goes one handed with the back shoulder catch against Jets cornerback Nate Hairston.

Miami has been waiting years for Parker to live up to his billing as a first-round pick. One play is not going to change his status as a possible bust.

At the very least, Parker and his Dolphins are showing some fight in a game they should be able to win against an injury-plagued Jets squad.