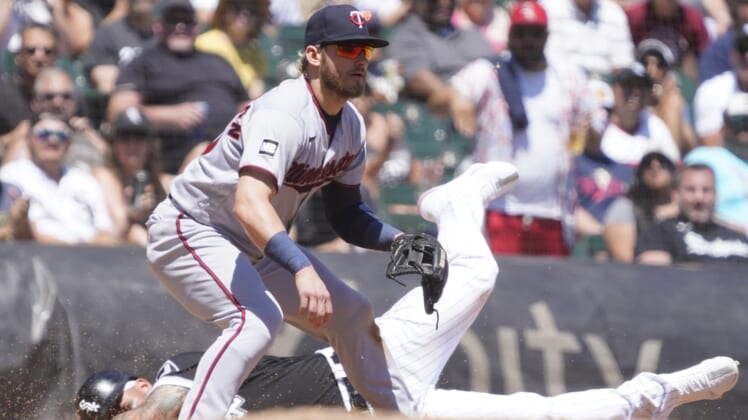 Zack Collins went 2-for-3 with two RBIs and hit the go-ahead home run to propel the host Chicago White Sox to an 8-5 win over the Minnesota Twins on Thursday afternoon.

The American League Central-leading White Sox won their fourth consecutive game and swept the three-game series, which was originally scheduled to be four before Monday’s opener was rained out. The Twins dropped their third in a row and fifth in their past seven games.

Collins’ 410-foot solo homer in the bottom of the sixth off Twins reliever Jorge Alcala (1-3) broke a 4-4 tie and gave Chicago the lead for good.

It was Collins’ third of the season and his first at Guaranteed Rate Field.

Collins later drove in one of the White Sox’s two runs in the seventh with an RBI single, which followed a run-scoring single from Danny Mendick.

Collins was one of five White Sox batters to finish with two hits, including Jose Abreu, Brian Goodwin and Andrew Vaughn, who each had an RBI.

Rookie Michael Kopech (3-0) picked up the win in relief after pitching a scoreless sixth.

The Twins erased a 3-0 deficit with four runs in the fifth off Chicago starter Carlos Rodon, taking the lead on Nelson Cruz’s RBI single which scored Jorge Polanco.

Alex Kiriloff led off the inning with a double and scored on a throwing error to the plate by Goodwin after a single by Gilberto Celestino. Andrelton Simmons followed with a double that scored Celestino, and then scored two batters later on a sacrifice fly by Josh Donaldson.

But Minnesota squandered a pair of solid opportunities in the first and seventh innings when Miguel Sano struck out with the bases loaded to end each frame. Liam Hendriks gave up a run in the ninth, but struck out Sano to end the game.

Yoan Moncada, who went 2-for-2, suffered a bruised right hand while sliding into third base during the bottom of the third inning and would exit the following inning.