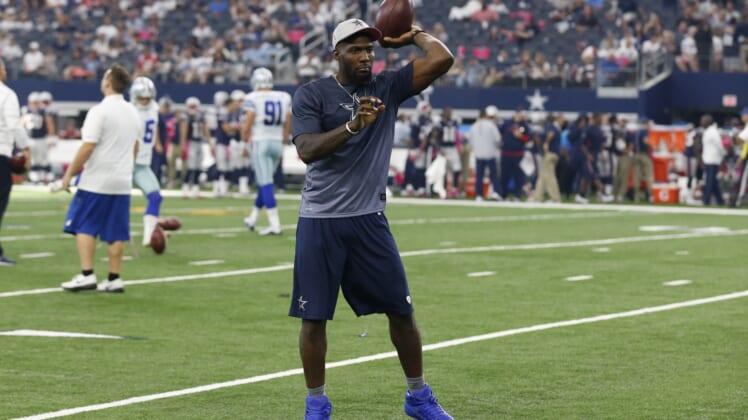 Did Dez Bryant catch it? Yeah, Dez caught it, and a few more, in a crazy one-handed catch drill as he prepares to get back into the NFL this spring.

Check out this insane video of Bryant laying on the ground and stabbing some heaters with one hand.

During his heyday, Bryant was one of the NFL’s most dominant receivers. However, he hasn’t played in a game since the 2017 season as a member of the Dallas Cowboys when he caught 69 passes for 838 yards and six touchdowns.

Bryant signed with the New Orleans Saints during the 2018 season but tore an Achilles tendon during his first practice with the franchise. Since then, he’s fully recovered and is now training in earnest to get back onto the field, and not surprisingly he’d love to re-join the franchise that drafted him.

Whether Bryant ends up back with the ‘Boys is still very much up in the air. But one thing that is crystal clear is that Bryant is as physically ready as he’ll ever be to make a comeback.