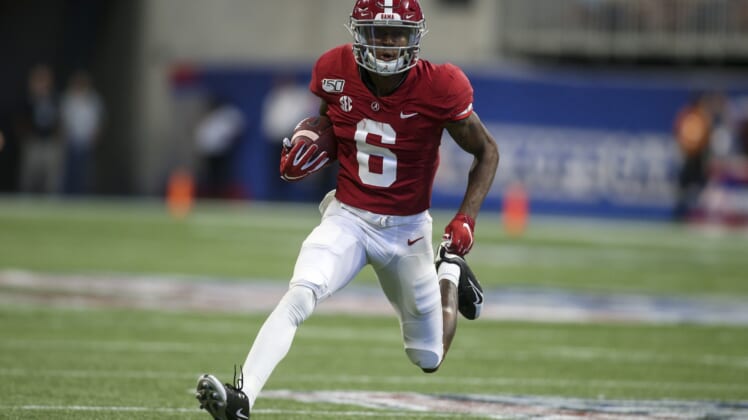 The Alabama Crimson Tide’s receiving corps is considered to be one of the best in football. Receiver DeVonta Smith showed everyone why once again with a remarkable display of balance and athleticism for a remarkable 25-yard touchdown.

Smith came open crossing route by the line of scrimmage and needed to make something happen just to get the first down. He slipped out of a tackle at the 19-yard line and started stumbling to the ground.

Smith found a way to maintain his balance, stay up along the sideline then slip by one more tackle before landing in the end zone.

The junior already put his speed on display in the first quarter when he burned Ole Miss’ secondary for a 74-yard touchdown. Now he’s showing off a different side of his athleticism with the kind of balance so few players have.

Between Jerry Jeudy, Henry Ruggs III and Smith, there’s just no way opponents can stop this passing attack for long before a big play happens.