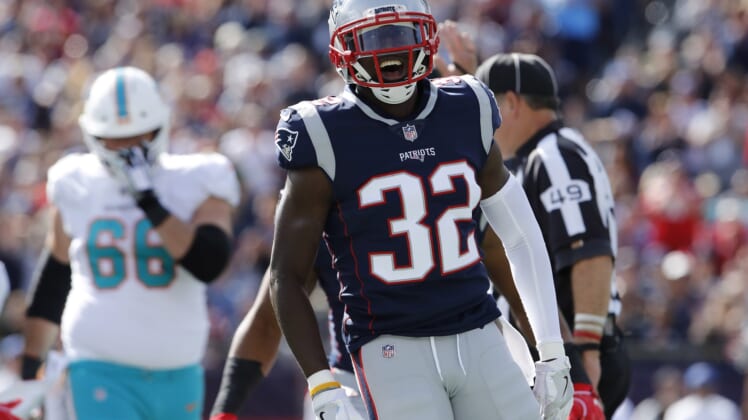 The Buffalo Bills gave the New England Patriots quite a challenge on Monday night. But Devin McCourty came through with a big play to seal it for the Pats.

Buffalo was deep in New England territory and trying to draw within one possession. Derek Anderson threw a pass intended for Charles Clay, but McCourty had other ideas. He stepped in front of the pass, picked it off, and was in the end zone 84 yards later.

It was quite a swing. On second down, it looked as though Jason Croom had scored for the Bills. But upon further review, that call was overturned when it was clear that Croom dropped the ball. After a false start from Clay, McCourty came up with the pick-six.

The touchdown gave the Pats a 25-6 lead over the Bills. It was New England’s first defensive touchdown in 40 games.