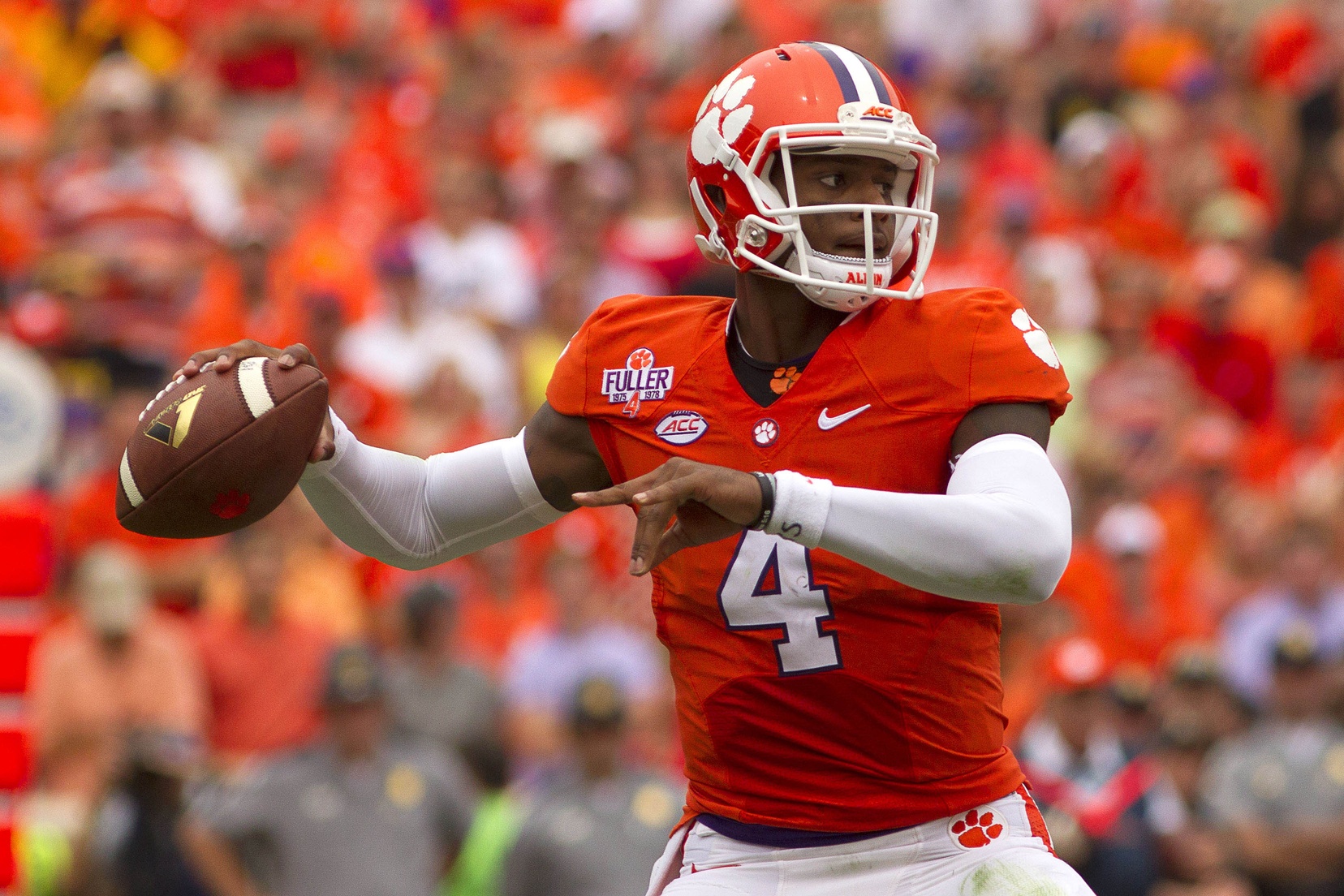 Up by just one touchdown after halftime, Clemson’s Deshaun Watson committed one of the ultimate sins of quarterbacking. He threw a pick-six to NC State’s Mike Stevens on the first offensive play of the third quarter, allowing the Wolfpack to tie the game at 10-10.

Here is the play that Watson wishes never happened.

It was the first pick-six of Watson’s career. He had a monster first half, but this play turned the tide of momentum in favor of NC State.

After the interception, the Tigers got the ball back, marched 78 yards on 14 plays only to lose the ball once again after Tyshon Dye fumbled near the goal line.

Things are getting very interesting in Death Valley this Saturday.