WATCH: Derek Carr throws the ball away on fourth down 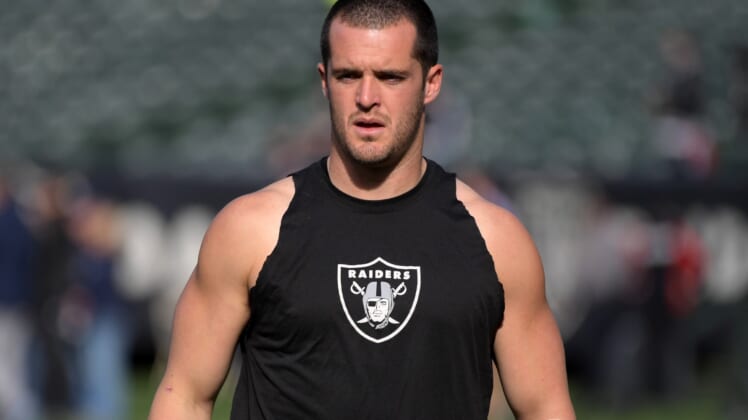 It wasn’t just the Oakland Raiders’ defense that struggled at home Sunday against the Tennessee Titans.

Derek Carr was not having it, either.

Here, the much-maligned quarterback legitimately throws the ball away on fourth down from the Titans one with Oakland down 42-21 late in the fourth quarter. We’re not kidding.

Did Carr not know that it was fourth down? That’s an honest question. There’s legit no reason to throw the ball away there. Just toss it up in and end zone.

The worst that can happen is a turnover, which was the actual end result here. Carr needs to know better the game situation. It’s that simple.