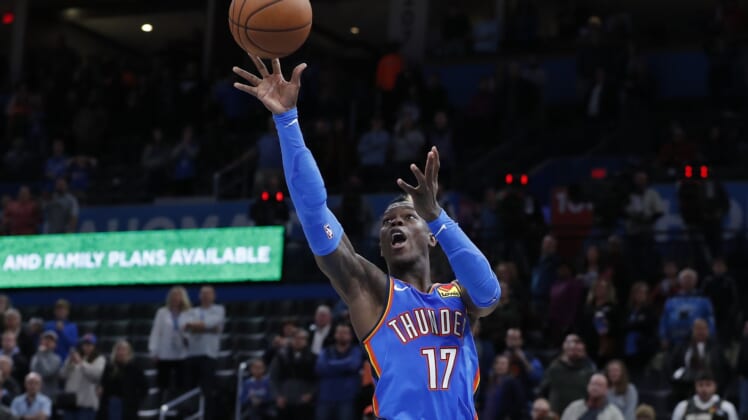 The Minnesota Timberwolves were 1.1 seconds away from celebration on the road against the Oklahoma City Thunder. Suddenly, everything changed on an unbelievable sequence with a game-tying layup at the buzzer by Dennis Schröder.

After Timberwolves center Karl-Anthony Towns missed his first free-throw attempt then drilled his second to take a two-point lead, the Thunder only had one shot to pull off the miracle. Steven Adams rocketed the ball downcourt to Schröder, who made a one-handed grab and then put it off the glass and sunk it as the shot clock expired.

The moment was a combination of an NFL-caliber pass with perfect precision by Adams and an Odell Beckham Jr.-like catch by Schröder. The 26-year-old’s ability to pull in the pass then put in the layup is simply remarkable and might go down as one of the best plays from the 2019-’20 season.

Once the Thunder had the crowd on momentum on their side, it was over. Oklahoma City routed the Timberwolves in overtime 17-5 to celebrate a 139-127 victory at home, all thanks to that incredible sequence with one second left.