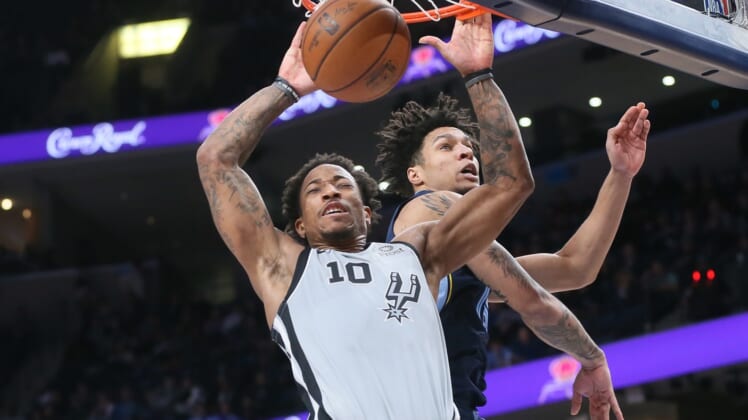 Former Toronto Raptors All-Star DeMar DeRozan made a return trip up north to take on his ex-teammates on Sunday.

While DeRozan and his San Antonio Spurs were mired in a dog fight with Toronto, the wing decided it was a perfect time to posterize pretty much the entire Canadian city.

Check out this dunk over Chris Boucher during the game. DeRozan almost literally brought the backboard down as contact was being made at the level of the NFL gridiron.

That’s just sick stuff right there. We’re pretty sure DeRozan had a little extra on that dunk after being dealt to San Antonio in the Kawhi Leonard trade ahead of the 2018-19 season.

He definitely made sure that Raptors fans did not leave the arena without a poster of himself and Boucher.