WATCH: Deion Sanders opens up to Antonio Brown about how he hit rock bottom and became suicidal 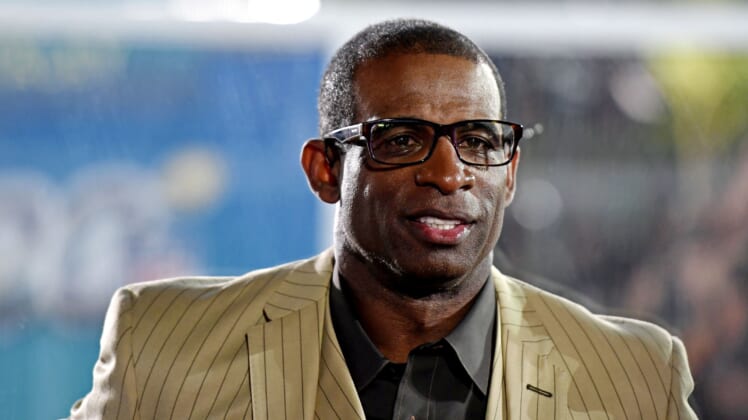 Hall of Fame cornerback Deion Sanders recently met with Antonio Brown. He’s working to help Brown get back into the NFL and said he can’t wait to see his comeback story.

On Monday, video emerged showing part of the conversation Sanders had with Brown. In it, Sanders shares that he nearly took his own life during his “Prime Time” days as he hit an emotional rock bottom.

Sanders also shared with Brown that he’s “glad and thankful” that Brown has never tried to check out. He praised Brown for going to people and talking about his issues from his childhood.

It’s a powerful video. Check it out:

Brown is working to get back into the NFL, but it could be a while before he gets his next chance.

He last played for the New England Patriots for one game in 2019 before being released amid two separate sexual misconduct accusations. Since then, he has been charged with assaulting a truck driver. Chances are, the NFL will suspend Brown when its investigation into these issues is completed.