WATCH: Deion Jones picks off Josh Rosen, takes it to the house 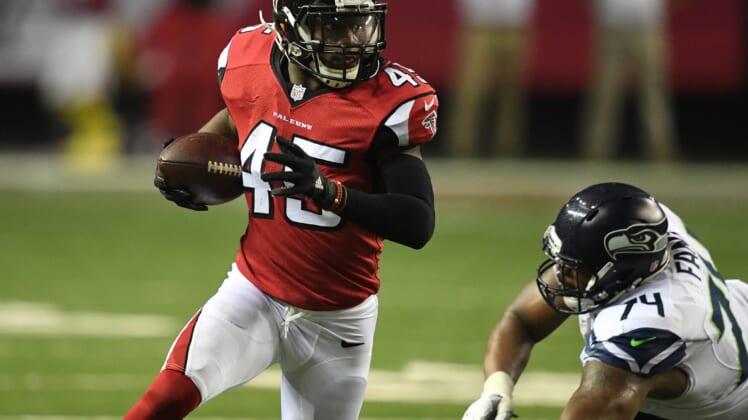 The Atlanta Falcons were getting pushed around pretty good early in Sunday’s game against the Arizona Cardinals until Deion Jones came to the rescue.

The star linebacker, who missed most of the year on injured reserve, came up with a huge pick-six to put the Falcons on the board.

This score tied the game up at 7-7 late in the first quarter and gave the Falcons their first real momentum in this contest.