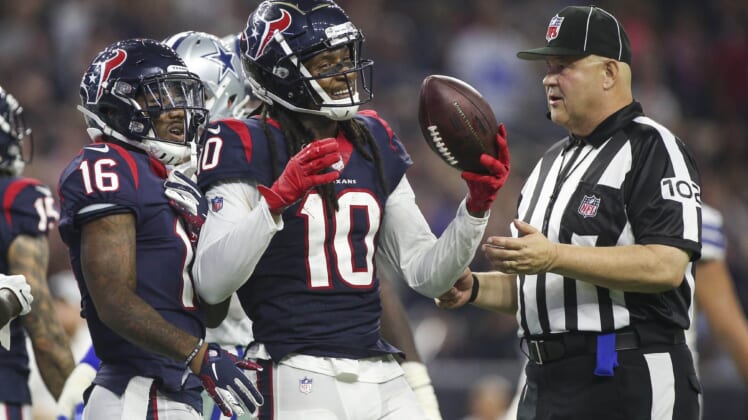 After putting up a 35-yard touchdown against the Indianapolis Colts in the first half on Thursday night, Hopkins gave his team the lead in the fourth quarter with another absurd touchdown.

Check out this sliding grab from Nuke on a 30-yard bomb by Deshaun Watson to give Houston a 20-17 lead.

Talk about big-time players coming up in big games. If Hopkins had not come up with that catch, the Texans would have likely settled for a field goal and remained down one point.