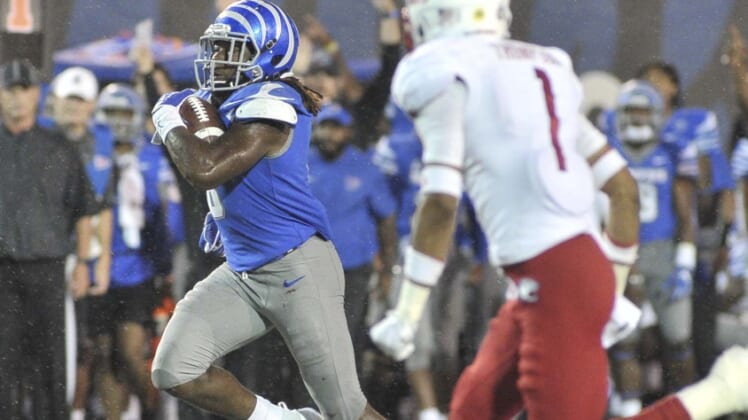 Already having ripped off a 47-yard touchdown run on the first play of the game for Memphis Friday night, Darrell Henderson was far from done.

Right as the third quarter started to get going, the nation’s leading rusher scorched Tulane with a 43-yard touchdown catch.

As I'm sitting here thinking about how Memphis' offense is severly lacking any kind of vertical game, Darrell Henderson tries his hand at receiver. pic.twitter.com/I4Nz2qiIlq

Just like that, Memphis was within three points of Tulane, which had dominated the first half of the game.