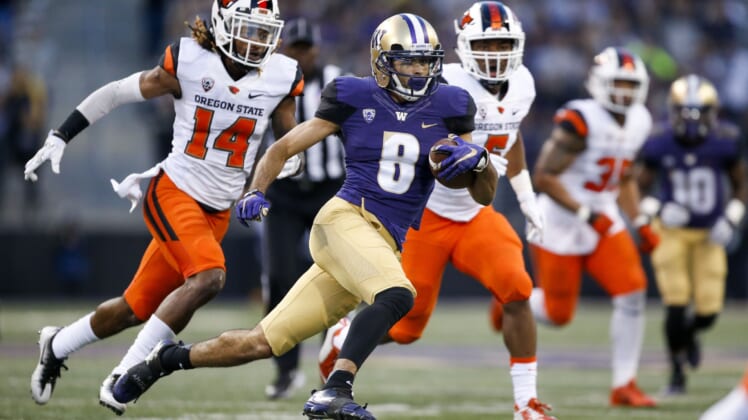 When will teams learn you just don’t kick to Dante Pettis? Apparently never. Because on Saturday night against Oregon, Washington’s star receiver took his ninth career punt return to the house for six points.

Here’s the history-making play, as it happened.

This score was also an important one as far as Saturday’s game goes, because it put the Huskies up by a touchdown over a Ducks team that has been giving hte offense fits.