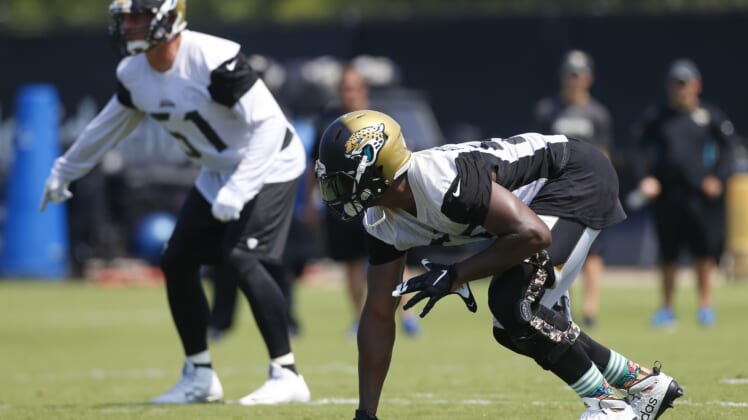 Houston Texans quarterback Tom Savage was hoping to get his team into field goal range to close out a terrible first half on a good note. Jacksonville Jaguars defenders Yannick Ngakoue and Dante Fowler Jr. had other ideas.

With his team already leading 12-0, Ngakoue pinned his ears back on a third-and-long. He sacked Savage from behind, stripping the ball in the process. Fowler scooped the ball up and took it from there.

This @Jaguars D is NOT messing around. #Jaguars #JAXvsHOU pic.twitter.com/THNc3ufT0z

That play came shortly after a remarkably similar Jacksonville touchdown was wiped off the board after it was determined that Savage’s arm was moving forward. No such luck for Savage or his team here.

Savage finished the first half at 7-for-13 for 62 yards with two lost fumbles. The touchdown put the Jaguars up 19-0.