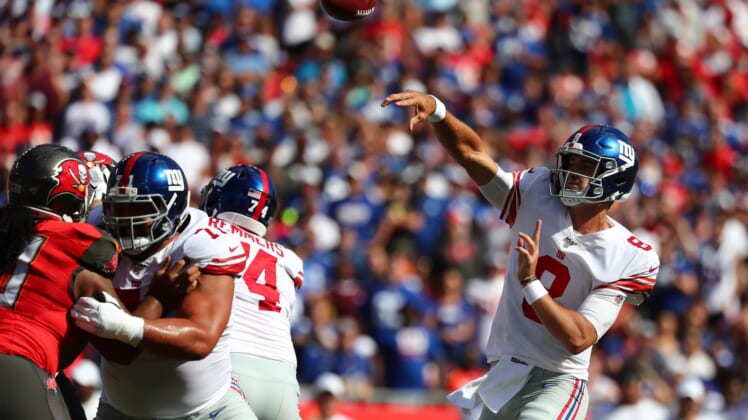 New York Giants rookie quarterback Daniel Jones has resurrected the team’s tepid offense, and late in the fourth quarter he put a cherry on top of his NFL debut.

Already with one rushing score to go along with two passing touchdowns, Jones took off running again late in the fourth quarter.

This stunning score gave the Giants a one-point lead with just over a minute remaining in regulation. Win or lose, Jones has proved many wrong with his outstanding performance today, and it’s clear the Giants made the right decision to start him over Eli Manning.