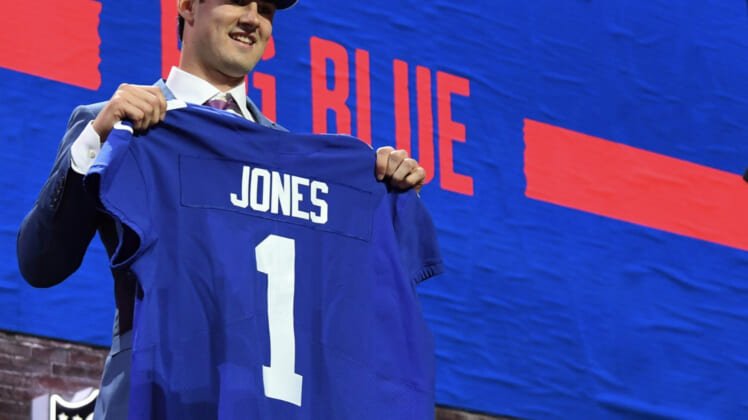 There’s supposedly no competition between Daniel Jones and Eli Manning, but after the rookie dominated in his first NFL action Thursday the New York Giants have a quarterback controversy on their hands whether they want it or not.

Jones sparkled in his first-ever NFL drive, shredding the New York Jets to the tune of 67 yards and a touchdown on a perfect 5-of-5 attempts. His touchdown pass to Bennie Fowler was a thing of beauty, too.

This isn’t the first we’ve heard of Jones tearing it up this summer, either.

Needless to say, Giants fans won’t be content to see Manning on the field this season if he struggles, knowing what Jones is capable of doing.