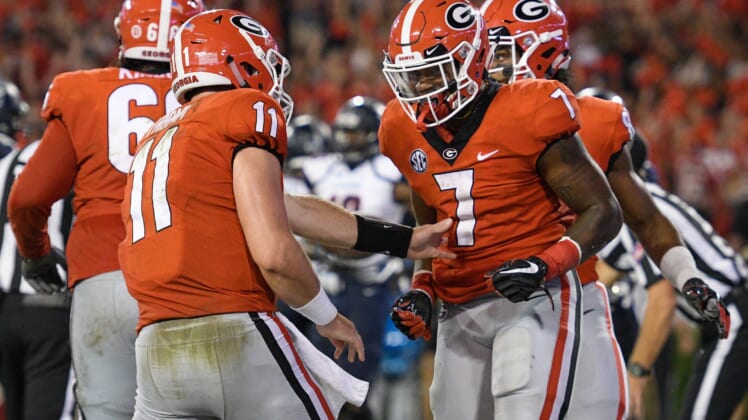 Georgia running back D’Andre Swift had been mostly held in check against Notre Dame, but late in the third quarter he broke out.

Swift was already on a nice run when he decided to do something extra for a bit more yardage. Here’s a look at that special something, which was one of the most impressive hurdles we’ve ever seen on the gridiron.

This has been a slobberknocker of a defensive struggle so far. But if Swift can break off a few more big runs like this, Georgia has a chance to run away with the win.