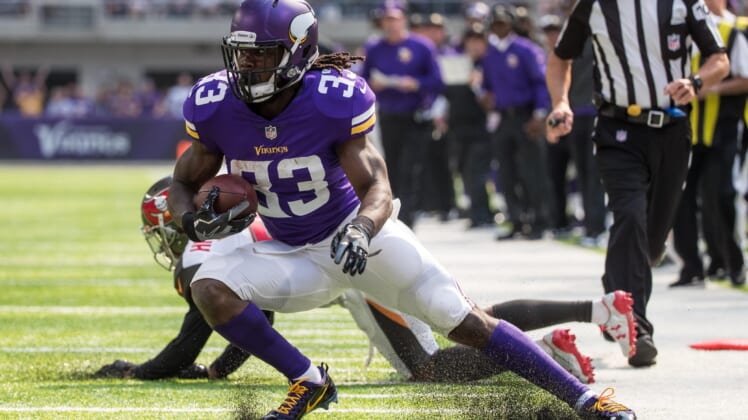 Minnesota Vikings running back Dalvin Cook showed off his entire repertoire in the first quarter Saturday against the Arizona Cardinals.

Receiving a handoff, he cut to the right, split a few defenders, nearly lost his balance but kept his feet under him and then hit the afterburners to cap off an 85-yard touchdown run.

That’s some serious explosion from the former Florida State star.

That’s the kind of play Minnesota hopes to see a lot more regularly from Cook in 2019. He tore his ACL as a rookie and appeared in 11 games last year, tallying 820 yards and four touchdowns on 173 touches.