Roope Hintz and Luke Glendening each had one goal and one assist to lift the host Dallas Stars past the Philadelphia Flyers 5-2 on Saturday.

Joe Pavelski, Tyler Seguin and Radek Faksa each scored one goal for the Stars, who snapped a two-game losing streak.

James van Riemsdyk and Ivan Provorov scored one goal apiece for the Flyers.

The Stars went ahead 1-0 when Glendening scored at 13:23 of the first period.

Despite being outplayed for much of the period, the Stars still held a one-goal lead. Khudobin stopped all 14 Flyers shots in the first.

The Flyers were awarded an early power play in the second, but it was nullified when Sean Couturier was whistled for tripping. 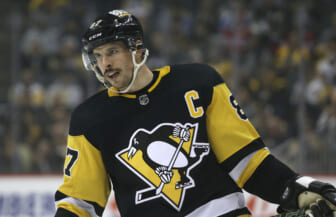 Dallas came out aggressive in the second and took a 2-0 advantage when Hintz connected at 12:22.

Philadelphia closed within 2-1 at 16:36 of the second when van Riemsdyk went sprawling to the ice and was credited with the goal. The puck appeared to deflect off Glendening’s skate.

The tight score didn’t last long as the Stars regained a 3-1 advantage 26 seconds later when Seguin redirected a pass past Jones.

The Stars drew a penalty to open the third and capitalized when Pavelski scored on the power play at 2:27 for a 4-1 lead. It was the first time this season that the Stars scored at least four goals in regulation.

Philadelphia closed within 4-2 at 8:07 when Provorov fired a slap shot from the point on the power play.

Jones was pulled for an extra skater with 3:09 remaining and the Flyers managed several strong scoring chances. But the Stars took advantage with an empty-net goal by Faksa at 17:57. The shot went nearly the length of the ice.