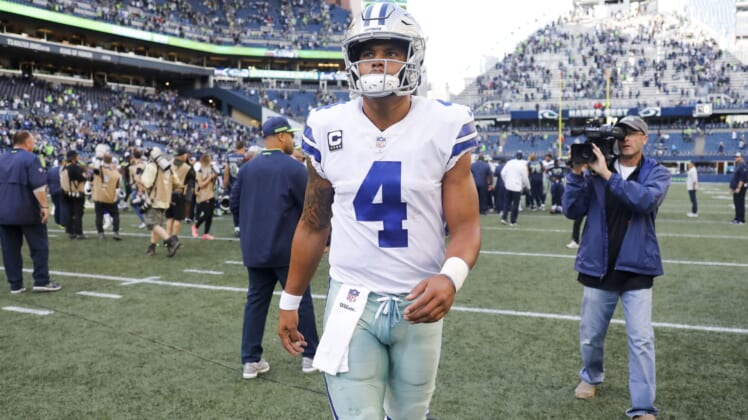 This is not the way the Dallas Cowboys wanted to come out of their bye.

Already backed up after a horrible decision by Tony Pollard on the opening kick return against the New York Giants Monday night, quarterback Dak Prescott threw an inexcusable interception on the first play from scrimmage.

It was bad. Really, really bad.

That’s veteran Giants safety Antoine Bethea taking advantage of Prescott’s early miscue to set his team up first-and-goal from inside the 10.

Fortunately for the Cowboys, they were eventually able to hold New York to a field goal on the possession.

Maybe Dak having some of his wisdom teeth pulled during the bye impacted him here.