WATCH: Dak Prescott ‘sacked’ by his own offensive lineman 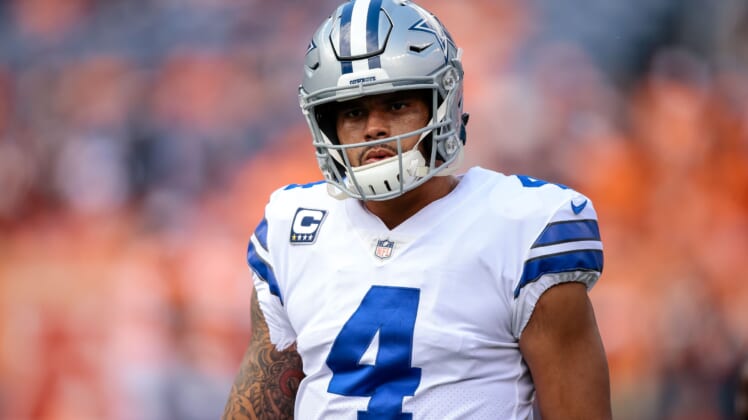 Right before halftime as the Dallas Cowboys attempted to claw out of a 20-7 hole, Dak Prescott stalled the drive when he was sacked.

Only, this wasn’t just really sack. If we’re being objective about this, his own teammate — offensive tackle La’el Collins — had a better hold on him than any defender.

Here's the "sack" on Dak Prescott.

No idea how it's blown dead and how the refs ignore the obvious head contact ot the QB.

A 100% garbage call by the refs pic.twitter.com/lkIWnEXIlN

Granted, Rams pass rusher Dante Fowler had his paws on Prescott when the whistle was blown, but Collins actually had helped his quarterback get out of the sack.

It mattered not, as the officials fell back on the old, “in the grasp” rule saying he was stopped by Fowler.