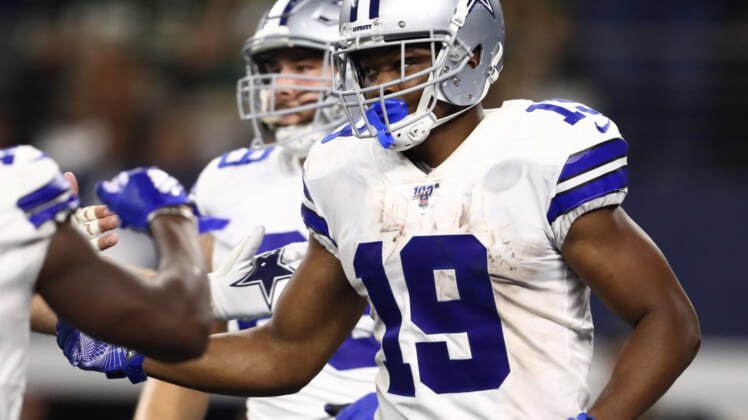 The two-win New York Giants were giving the first-place Dallas Cowboys everything they could handle through three-plus quarters Monday night.

Unfortunately for the Giants, defensive lapses and an inability to do anything in the red zone haunted the team more than the black cat on the field in Jersey.

With Dallas holding a mere 23-18 lead midway through the fourth quarter, the team was facing a third-and-12. That’s when Dak Prescott and Amari Cooper took advantage of blown coverage to connect on a 45-yard touchdown to pretty much put the game away.

As much as we’d like to give Cooper all the credit for his continued ability to make big plays, the Giants legit lost the Cowboys’ No. 1 receiver in the defensive backfield.

This is one of the primary reasons the young Giants have won only two games on the season.