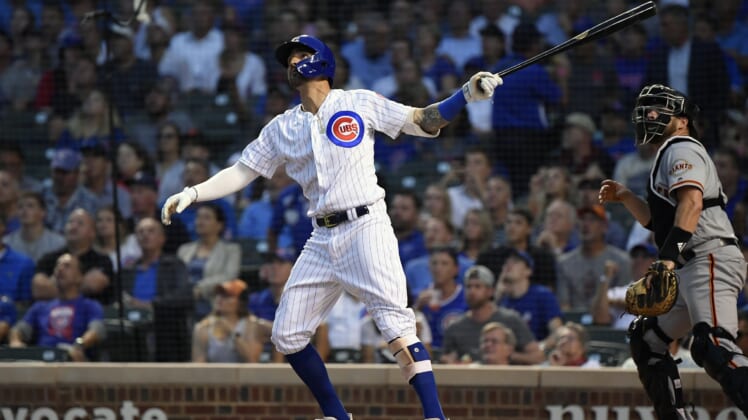 A change of scenery can do wonders to change a player’s season and Nicholas Castellanos has proven that ever since being traded to the Chicago Cubs. He showed it again on Friday in a two-homer game that featured an epic new celebration.

Castellanos already took Milwaukee Brewers starting pitcher Chase Anderson deep for a two-run shot in the first inning. He returned to the plate again in the second and victimized Anderson once again with another two-run blast.

As the ball rocketed into the stands and Castellanos knew it was gone, he turned and slammed his bat into the ground in an epic celebration.

Being traded to Chicago at the trade deadline changed everything for the 27-year-old’s season. He hit just 11 home runs in 100 games with the Detroit Tigers and now has matched that mark in 27 games with the Cubs.

While Castellanos might not have been the biggest addition at the deadline, he’s quickly proving to be the biggest steal. If the Cubs reach October, he’ll be a big reason they were able to do it.