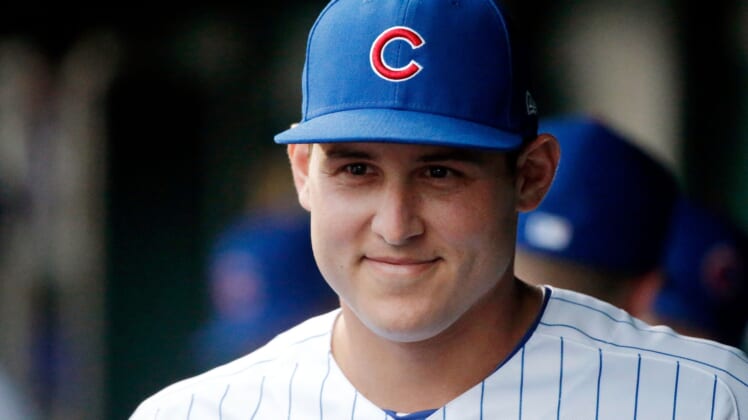 Rizzo stepped into the batter’s box in a one-run game with two outs and Chicago desperately needing life. He took the first pitch from St. Louis Cardinals ace Jack Flaherty and launched it over the wall at Wrigley Field for a game-tying blast.

This is the type of impact Rizzo makes every time he takes the field. Chicago expected it would be without his All-Star bat for at least a week on Monday with a right ankle sprain.

There was Rizzo, with his team needing to make up ground in the division against the Cardinals, shedding his boot for a bat and coming up big for his teammates and the fans.