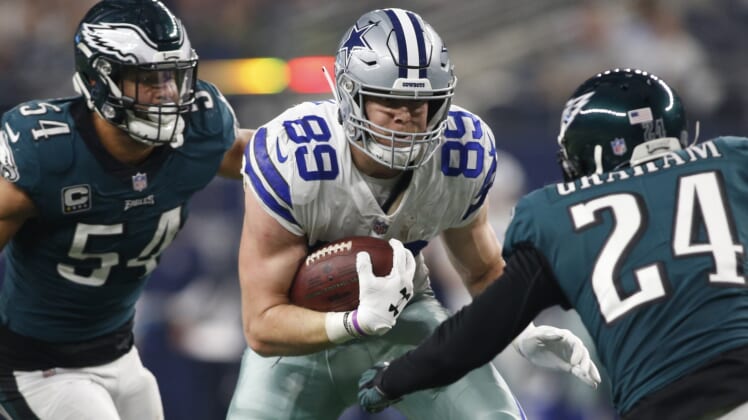 The Dallas Cowboys are breezing through their Week 17 matchup against the New York Giants (as expected), thanks in large part to Blake Jarwin.

He’s a former walk-on at Oklahoma State and was an undrafted rookie in 2017, so we’ll forgive you if you don’t recognize his name.

Coming into Sunday’s game, this 24-year-old tight end had just 20 career catches for 188 yards and no touchdowns.

Against the Giants he looked like Jason Witten out there. Here’s a look at his second touchdown of the first half.

The second-year player sure looks like a natural out there, and it would not be surprising to see him earn some more playing time when games matter, based on this performance.