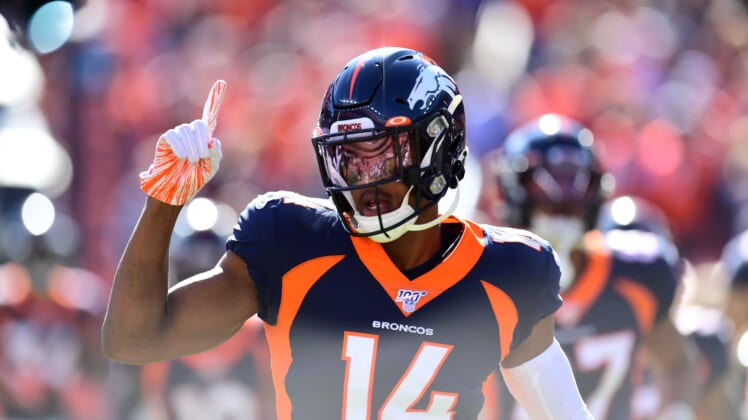 Even in a season where plenty has gone wrong for the Denver Broncos, wide receiver Courtland Sutton is giving the fans a future to be excited about. The second-year receiver arguably made one of the best plays of the year on Sunday.

Despite quarterback Brandon Allen making a poor throw, Sutton bailed out his quarterback by leaping over Cleveland Browns cornerback Denzel Ward and stealing the football right from his hands then coming down with the score.

The 24-year-old has been outstanding this season despite poor quarterback play with 636 receiving yards in eight games. Now, even with starter Joe Flacco sidelined for the rest of the year, Sutton is making things happen for Denver’s offense with absurd catches.