Jakub Voracek scored the only goal of the shootout Sunday night as the visiting Columbus Blue Jackets overcame a pair of one-goal deficits to edge the New Jersey Devils, 4-3, in Newark. N.J.

Columbus goalie Joonas Korpisalo stopped all three Devils’ attempts in the shootout before Voracek, who had two primary assists in regulation, went to his backhand to beat Scott Wedgewood.

Oliver Bjorkstrand and Patrik Laine scored in the first and Boone Jenner collected the game-tying goal late in the third for the Blue Jackets, who have alternated wins with losses in their last seven games. Korpisalo made 36 saves.

Andreas Johnsson scored in the first and Dawson Mercer and Dougie Hamilton scored 77 seconds apart in the second for the Devils, who collected three points on a weekend back-to-back. New Jersey beat the Pittsburgh Penguins, 4-2, on Saturday night.

Johnsson scored his third goal in fewer than 24 hours when he went to one knee and beat Korpisalo over his stick shoulder just 67 seconds after faceoff.

A tripping penalty on Mercer led to the Blue Jackets’ game-tying power play goal with 8:05 left in the first. Voracek passed into the slot to Bjorkstrand, whose shot sailed past Wedgewood, who was screened by teammate Damon Severson. 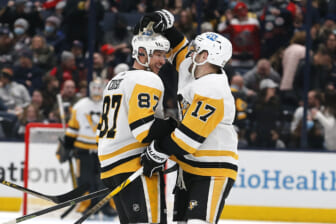 A clearing pass by Devils center Yegor Sharangovich went beyond the reach of Nico Hischier and Voracek beat Hischier to the loose puck to set up the Blue Jackets’ go-ahead goal nearly three minutes later. Voracek headed into the New Jersey zone before passing across the ice to Laine, who in one motion took the puck and fired a shot over Wedgewood’s stick shoulder.

Mercer tied the game 8:37 into the second, when he pounced on a loose puck behind the net, whirled and finished the wraparound by tucking the shot past Korpisalo.

Hamilton put the Devils ahead again by beating Korpisalo from high in the right faceoff circle. The Devils had 10 of the first 12 shots in the third before Jenner picked off a pass by Ty Smith to set up his unassisted game-tying score with 5:25 left.

The Devils recorded just two shots in the final 3:37 of regulation despite spending all but the final six seconds on a pair of power plays and earning 34 seconds of 5-on-3 time when Scott Harrington was whistled for high sticking.