WATCH: Colts LB Darius Leonard scores on second interception of Jameis Winston … in the first half 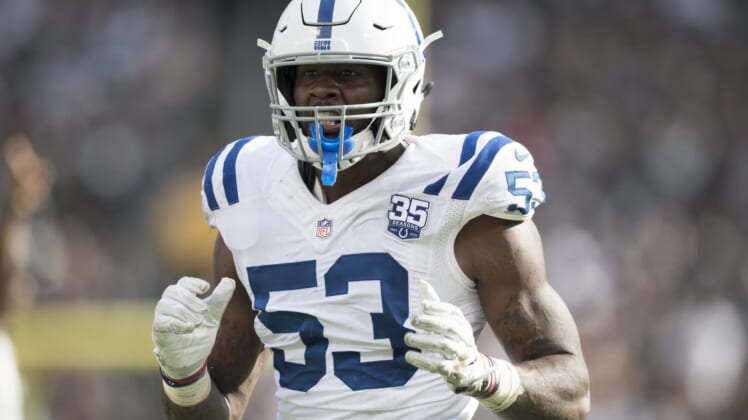 Tampa Bay Buccaneers quarterback Jameis Winston is the NFL’s interception king. Indianapolis Colts linebacker Darius Leonard took full advantage of this weakness Sunday, tallying two interceptions, including one that went to the house for a pick-six.

And he did all this in the first half alone.

You can see the first one here, as Winston never saw Leonard lurking underneath in coverage.

Then, Leonard struck again as Winston’s turnover-fest continued to burn the Bucs.

This score gave the Colts a 17-14 lead. The interception also represented the 22nd of Winston’s season.