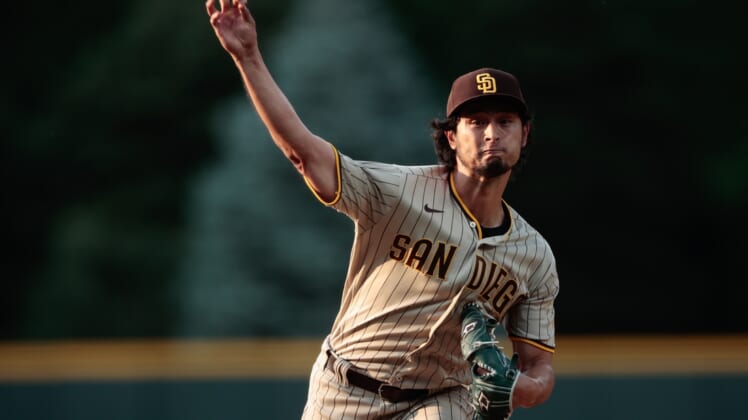 Ryan McMahon finished a double shy of hitting for the cycle, Raimel Tapia had two doubles to extend his hitting streak to 12 games and the Colorado Rockies beat the San Diego Padres 8-4 on Tuesday night in Denver.

Yonathan Daza had three hits and Carlos Estevez (1-0) pitched one inning of relief for the Rockies, who have won the first two games of the three-game series.

Fernando Tatis Jr. homered for San Diego, which blew a 4-0 lead to lose for the eighth time in 10 games.

Colorado rallied to tie the game with two-run rallies in the fourth and sixth innings, then went ahead in the seventh against reliever Tim Hill (3-3).

Garrett Hampson led off with a triple and scored on Tapia’s double. Daza reached on a bunt single, Trevor Story walked with one out to load the bases. McMahon’s sacrifice fly made it 6-4.

Tapia and Daza hit consecutive RBI doubles in the eighth to pad the lead.

The Padres wasted little time in getting to Colorado starter Chi Chi Gonzalez. Manny Machado doubled with two outs in the first inning, and Tatis hit the next pitch into the seats in right-center field to make it 2-0. It was his National League-leading 20th home run of the season.

San Diego added on in the second inning. Jake Cronenworth led off with a single, and Jurickson Profar doubled to put runners on second and third. Cronenworth came home on a groundout, and Yu Darvish’s RBI single made it 4-0.

Gonzalez settled down after that. He wound up allowing four runs on six hits in six innings, with one walk and two strikeouts.

The Rockies got to Darvish in the fourth. Story doubled to lead off the inning, and McMahon tripled to right to make it 4-1. Brendan Rodgers followed with a single to center to drive in McMahon.

Colorado struck again in the sixth inning. Story led off with a walk and McMahon homered on a 3-2 pitch to tie the game and end Darvish’s night. It was McMahon’s 16th of the season.