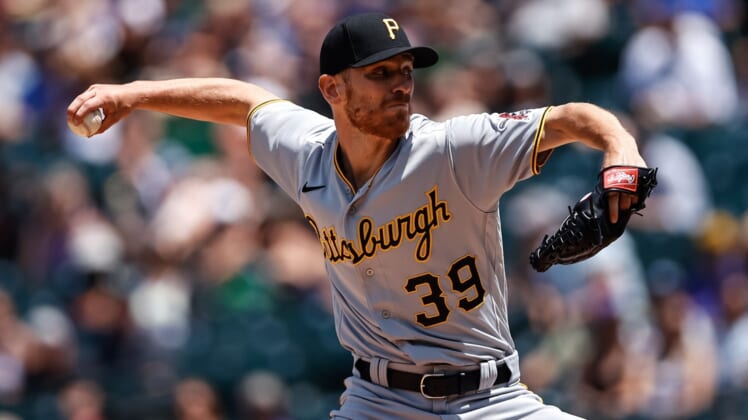 Brendan Rodgers had two hits and Raimel Tapia scored twice and stole a base for the Rockies, who swept the three-game series from the Pirates.

Bryan Reynolds homered and had two hits and Adam Frazier also had two hits for Pittsburgh, which managed just 12 hits in the series.

The Pirates didn’t score a run in the first two games of the series but quickly got on the board Wednesday against starter Jon Gray. Frazier led off the game with a triple and scored on a sacrifice fly by Ke’Bryan Hayes. Reynolds followed with his 14th homer of the season to make it 2-0.

Gray (5-6) didn’t allow another hit before leaving after six innings. He gave up two runs, two hits, four walks and struck out five.

Colorado scratched its way back to tie it. Cron led off the fourth with his 11th home run of the season to cut the lead in half, and the Rockies took the lead in the fifth.

Raimel Tapia reached on a one-out walk, moved to second on an error on a pickoff attempt and scored on Hampson’s double. Hampson went to third on a wild pitch and Pittsburgh starter Chad Kuhl left after hitting Charlie Blackmon.

Hampson made it 3-2 when he scored on Cron’s sacrifice fly.

The Rockies padded the lead in the sixth. Dom Nunez led off with a double and scored on Tapia’s one-out single. Hampson followed with his fourth hit of the game, an RBI single, to make it a three-run game.

Colorado struck again in the seventh. Rodgers walked with one out, and after Joshua Fuentes fanned, Nunez battled reliever David Bednar in a 14-pitch at-bat, eventually drawing another walk. Yonathan Daza followed with a sharp single to right to drive in Rodgers but Nunez was thrown out at home trying to score from first base.