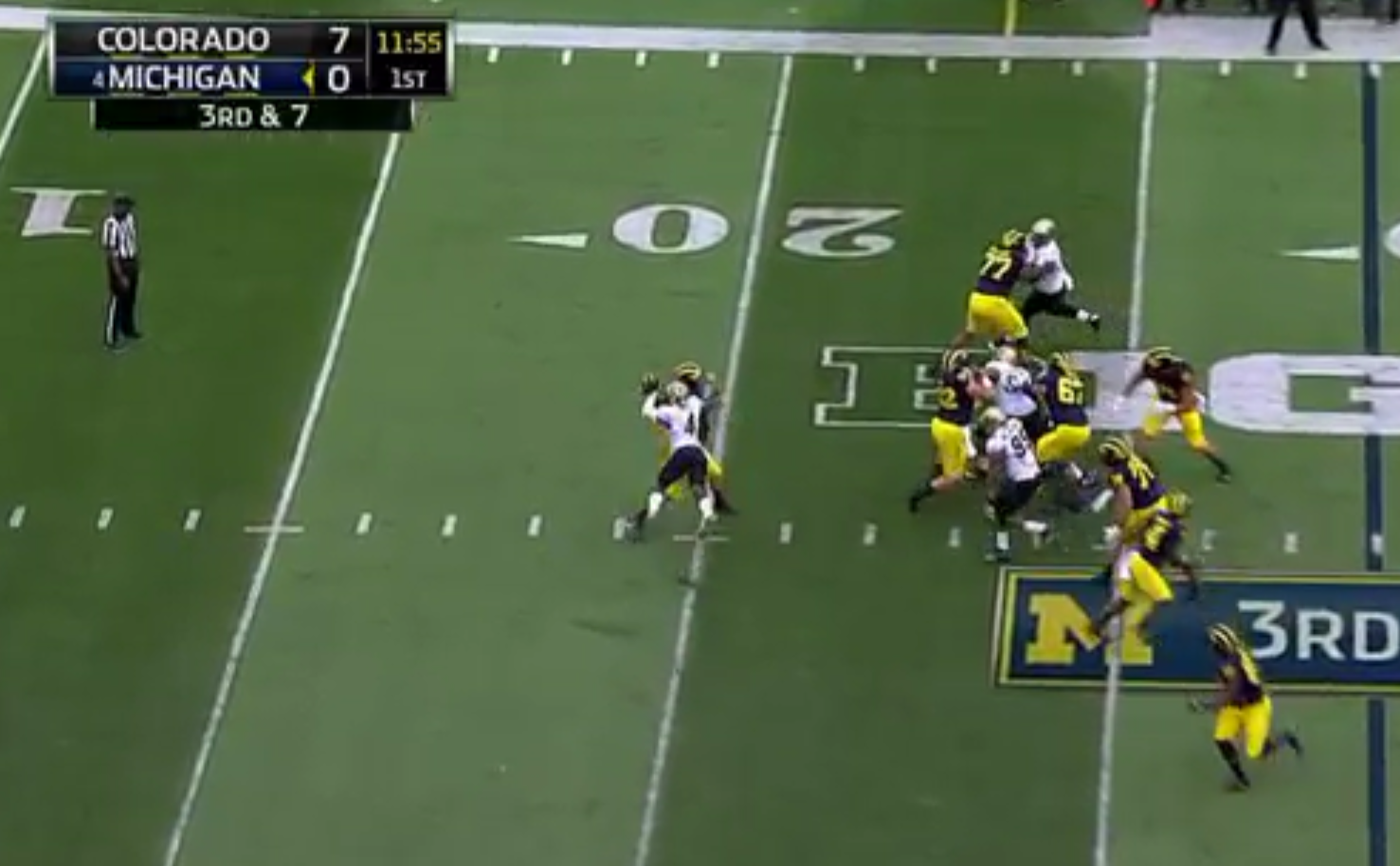 Michigan (No. 4) entered Week 3 as three-touchdown favorites to beat Colorado, but things haven’t gone according to plan so far.

After a 37-yard touchdown by Devin Ross put the Buffaloes up 7-0 early in the game, they scored again on the ensuing Michigan possession.

Dropping back to pass, Wolverines quarterback Wilton Speight never saw the blitzing cornerback off the right side. Chidobe Awuzie timed his pass rush perfectly. He impacted Speight right as he was about to pass, disrupting the play and forcing a fumble that was recovered and taken in for six points.

This play absolutely stunned the loyal Michgan fans at The Big House, and we’re pretty sure Jim Harbaugh blew a gasket after watching his team fall into an early 14-0 hole.