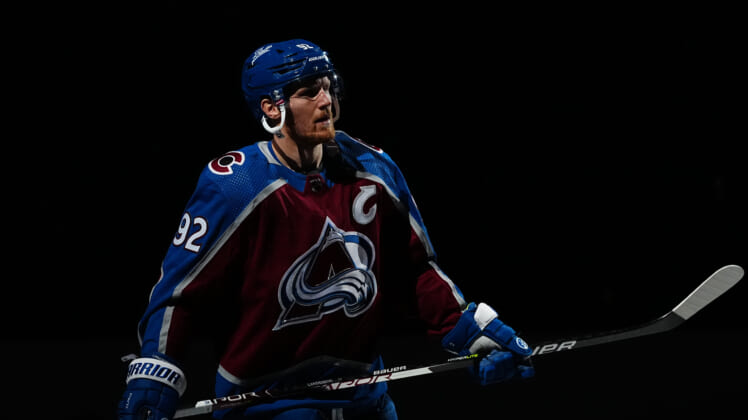 Cale Makar had two goals, Nazem Kadri had a goal and three assists, and the Colorado Avalanche rallied to beat the Ottawa Senators 7-5 in Denver on Monday night.

Brady Tkachuk added two assists for the Senators, who lost defenseman Josh Brown to an injury in the first period.

Ottawa was playing its first game since Nov. 14 due to a COVID-19 outbreak on the team. The Senators returned to practice Saturday after associate coach Jack Capuano and eight players were released from the protocol list late Friday.

The score was 5-5 Monday when Newhook slid the puck by Gustavsson at 18:27 of the third. Kadri added an empty-net goal in the final minute.

Colorado scored just 50 seconds into the game on Nichushkin’s third goal of the season, and the Senators tied it on Sanford’s first goal of the game at 12:53 of the first period.

The Senators tied it at 2 on Zub’s blast at 19:14 of the first. It was his first goal of the season.

The Avalanche outshot Ottawa 19-4 in the second period and took a 3-2 lead when Toews knocked in a pass from Kadri at 13:44 for his third goal of the season.

Norris scored a power-play goal at 1:03 of the third to give Ottawa a 4-3 lead, his seventh goal of the season, but Makar’s second of the night at 2:45 tied it again.

Sanford completed his hat trick when he shot the puck off Kuemper as he was sitting in the crease and into the net to give the Senators the lead again, but Rantanen answered on the power play at 9:08 to tie it again.