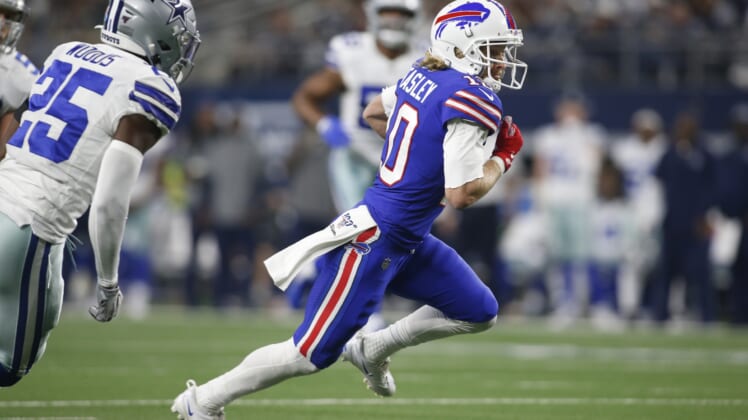 Buffalo Bills wide receiver Cole Beasley returned to Dallas on Thanksgiving for the first time since departing in free agency this past spring.

It goes without saying that Beasley’s departure from Big D created some major drama.

Like clockwork, the veteran exacted revenge early in the Turkey Day game. Down 7-0 in the second quarter, Beasley caught a 25-yard touchdown pass from Josh Allen to tie the game up.

Beasley beat two defenders, caught the ball at the 10 and took it the distance for what was likely the sweetest score of his eight-year NFL career.

We’re sure he was pretty darn excited about his fifth touchdown of the season coming against the Cowboys in Dallas.