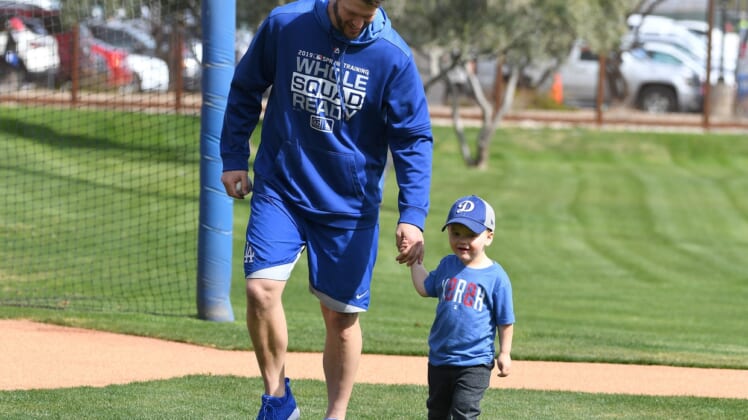 Bat flips in baseball are often one of the most controversial topics among players. One thing is for certain, the bat flip by Charley Kershaw off his dad Clayton is the best bat flip this year.

Before Saturday’s game against the Pittsburgh Pirates, Clayton spent some time tossing the baseball to his son. Charley did his best Vladimir Guerrero impression by swinging at a pitch in the dirt, making contact then unleashing an epic bat flip.

The moment is made even better because of Charley’s shirt. A throwback tip of the cap to Benny “The Jet” Rodriguez from The Sandlot and a little flair that Rodriguez would love.

Hopefully, Charley develops into a great baseball player so we can see even more bat flips from him in the future. Perhaps, if he picks up some of his dad’s skills as a pitcher, he can be the next two-way star.