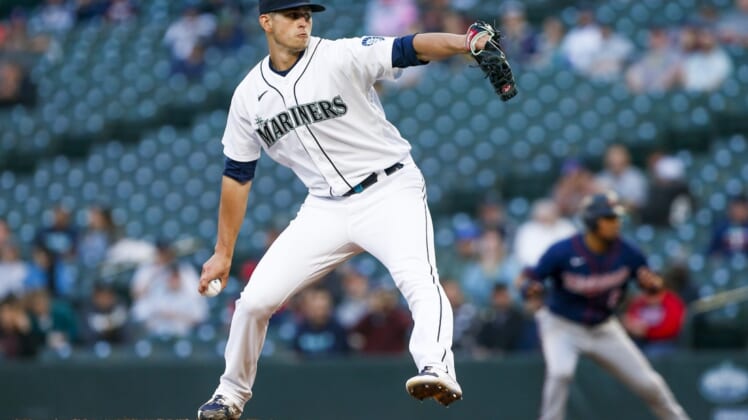 Chris Flexen pitched eight scoreless innings and the Seattle Mariners had their biggest offensive output of the season to defeat the visiting Minnesota Twins 10-0 on Tuesday night.

J.P. Crawford, Luis Torrens and Ty France homered for the Mariners, who won their third game in a row. The Twins suffered their third consecutive defeat.

Flexen (6-3) allowed four hits, didn’t walk a batter and struck out a career-high eight. The right-hander, who didn’t allow a runner to reach second base, improved to 4-2 with a 2.16 ERA in seven starts at T-Mobile Park.

The Mariners added four runs in the second. Tom Murphy led off with a walk and Jake Bauers reached on an infield single when Happ failed to cover first base on a grounder to the right side of the infield.

Torrens, just back from Triple-A Tacoma, lined a single to center to load the bases with no outs. Shed Long Jr. then hit a bases-clearing triple into the gap in right-center field, the ball rolling all the way to the wall. Long scored an out later, on a passed ball by Minnesota’s Ben Rortvedt. 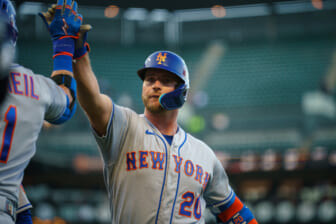 The Mariners tacked on another run in the fourth to make it 6-0. Long and Crawford led off with singles and Jake Fraley, who had struck out in his first two at-bats, hit an RBI single to right field.

Happ went four innings and allowed six runs (five earned) on nine hits. He walked one and struck out five.

The Mariners added two runs in the sixth off Minnesota right-hander Griffin Jax. Crawford led off with a single and advanced on an errant pickoff attempt. Following a walk to Fraley, France lined a run-scoring single to left. Dylan Moore’s one-out walk loaded the bases, and Murphy lifted a sacrifice fly to center for an 8-0 lead.

Torrens hit a solo shot in the seventh and France went deep in the eighth, both off Jax.