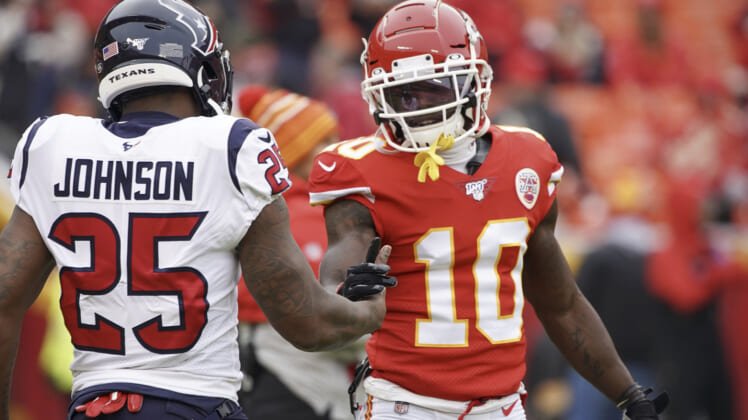 Things are not going the Kansas City Chiefs’ way early on in their AFC Divisional Playoff game against the Houston Texans Sunday afternoon.

Already down 14-0 in the first quarter, Chiefs receiver Tyreek Hill muffed a Bryan Anger punt at his team’s six-yard line.

That’s just unacceptable. You need to do better to secure the ball before even considering looking up the field.

Two plays later, and the Texans were in the end zone after a Deshaun Watson four-yard touchdown pass to Darren Fells.

To say fans at Arrowhead Stadium in Kansas City are shocked would be an understatement. This game was 21-0 before the opening stanza even came to a conclusion.