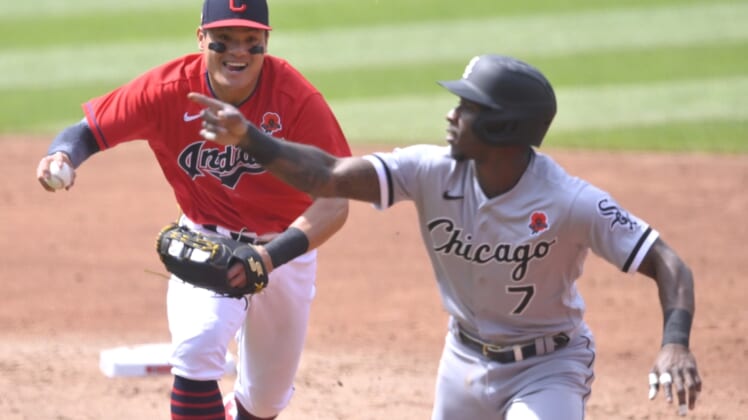 Chicago took a 6-5 lead in the extra frame on Jose Abreu’s sacrifice fly and Eaton broke things open with his second hit of the day, a homer that landed near the club’s right-center field bullpen with a man on base.

Cesar Hernandez recorded his first career two-homer game but also made two errors for the Indians, who have lost four of six.

In his previous eight starts, Rodon allowed more than one earned run only once and gave up just three total homers. However, Hernandez and Amed Rosario opened the bottom of the first with back-to-back home runs off Rodon. The right-hander, who no-hit the Indians on April 14, yielded a season-high five runs and nine hits while striking out eight over his six innings.

Cleveland starter Triston McKenzie, who has bounced back and forth from the minors over the last 10 days, set an Indians record and tied the AL record with eight consecutive strikeouts.

Chicago’s Yoan Moncada ended that run by singling with one out in the sixth of a 4-4 game. That chased McKenzie, and Moncada eventually scored on Hernandez’s throwing error while trying to get a force at second. McKenzie was charged with five runs while yielding four hits, but matched his career high of 10 strikeouts over 5 1/3 innings.

His teammates picked him up in the bottom of the sixth when Bradley Zimmer beat out a grounder to short, scoring Josh Naylor for a 5-5 tie.

Chicago was down two after an inning, but Zach Collins doubled down the right-field line to score two, and another when Hernandez dropped the relay throw, allowing Leury Garcia to cross the plate. Collins scored from third while Tim Anderson got caught up in a rundown between first and second.

Hernandez’s second homer made it a 4-3 game in the third and Cleveland tied it on Yu Chang’s RBI double in the fourth.

The White Sox have won seven of eight and lead second-place Cleveland by 4 1/2 games in the American League Central entering the nightcap.