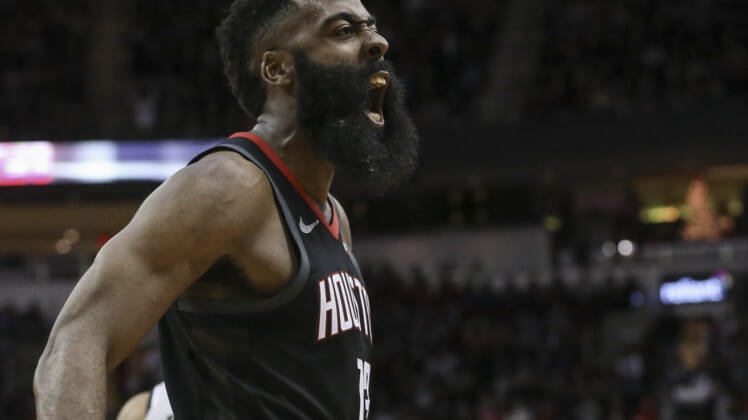 Despite being in the midst of an historical season, Houston Rockets guard James Harden remains a divisive figure around the NBA world.

His game isn’t fun to watch. He shoots too many free throws and flops too much. We’ve seen these narratives thrown Harden’s way since his Oklahoma City Thunder days.

TNT personality Charles Barkley took to that a whole new level in discussing the MVP favorite ahead of Thursday night’s game between the Rockets and Clippers.

Check it out in all of its glory.

That’s just Chuck being Chuck. We know what type of personality he is. It could be as annoying as watching your favorite team attempt to defend Harden.

But sometimes he comes up with a winner. This represented one of those times.