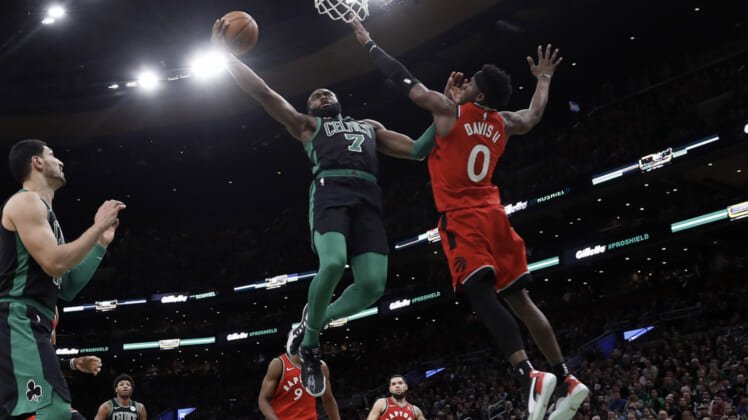 Young Boston Celtics wing Jaylen Brown is turning into a star right before our eyes. Fellow youngster Trae Young and the Atlanta Hawks found that out first-hand Friday night.

Check out Brown steal the ball before throwing down an absolutely monster dunk against the Hawks at TD Garden to pump up the home team.

As you can tell, Boston needed that type of spark as it found itself down 15 points in the first quarter against a Hawks squad that boasts the worst record in the NBA.

Brown, 23, continues to come into his own as a third-year player. The former lottery pick entered Friday’s action averaging 20.6 points and 7.0 rebounds on 51% shooting from the field.