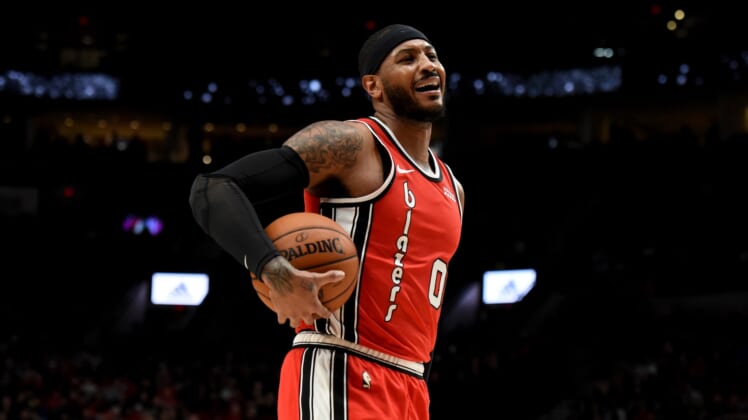 Portland Trail Blazers star Carmelo Anthony is back at Madison Square Garden for the first time since December of 2017, and New York Knicks fans made him feel welcome with a warm ovation.

Here’s Anthony being introduced before the game. Fans really let him hear their appreciation, which was pretty awesome.

Anthony, of course, played seven seasons with the Knicks. He also played his college ball at Syracuse and is a native of Brooklyn, New York. Clearly, he’s still beloved by the fans there in that part of the country.