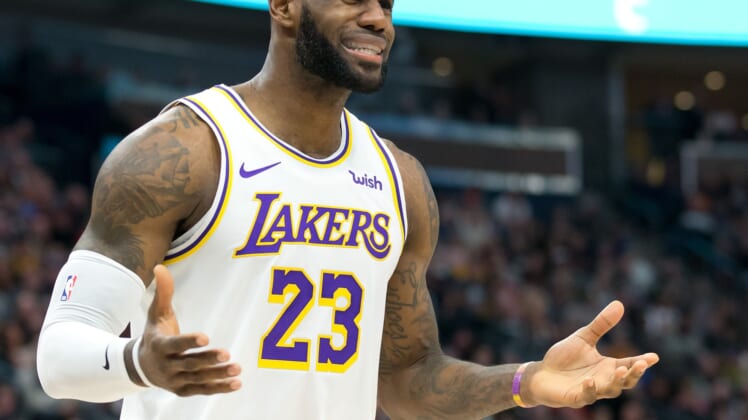 Sometimes, it’s a good thing to have a friend who calls you out on stuff. However, Los Angeles Lakers forward LeBron James might not agree after Portland Trail Blazers forward Carmelo Anthony called him out for traveling during Friday’s game.

Just a few nights after LeBron got away with a blatant travel against the Utah Jazz, Anthony spotted James doing it again during Friday’s game. So, he tried to bring attention to his friend’s transgression, but the refs missed it.

Anthony is certainly a constant competitor and he’s not going to let anyone, even a close friend, get away with a clear traveling. Perhaps, given the missed calls the past few nights, it might be time for the officials to have Anthony’s attention to detail and willingness to call out anyone.