WATCH: Carlos Dunlap tips pass to himself for go-ahead pick-six 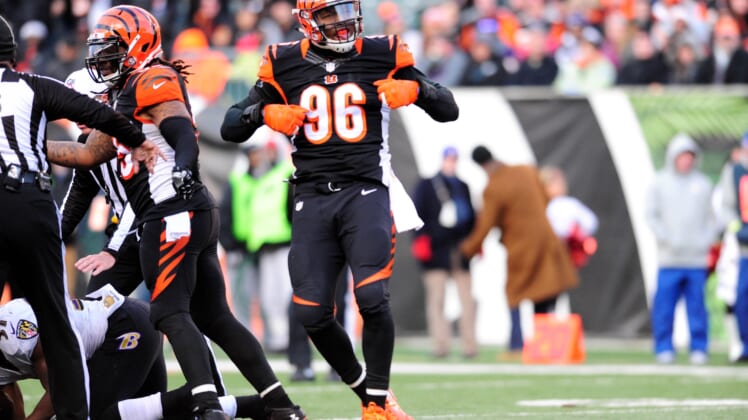 The Cincinnati Bengals haven’t had a strong game overall Sunday against the Indianapolis Colts, but Carlos Dunlap might have just saved them from an embarrassing loss.

Down by six points with roughly half the fourth quarter left to play, Cincinnati’s defense was on the field as the Colts attempted to stretch their lead. Jacoby Brissett attempted a pass to the right sideline, but Dunlap, the lanky defensive end, got his hands up and tipped the pass into the air. No doubt Brissett watched in horror as Dunlap was able to haul in his own tip and run it in for a touchdown.

After successfully converting the extra point, the Bengals suddenly had a one-point lead heading down the home stretch.