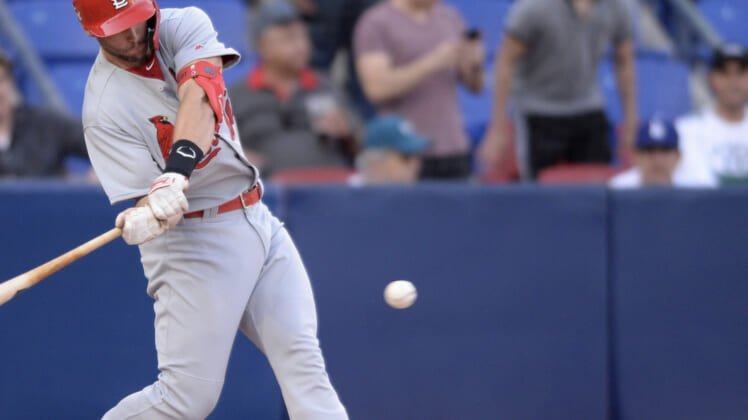 Milwaukee Brewers starter Freddy Peralta was not having a good go at it early Monday evening against the St. Louis Cardinals. The youngster headed into the game boasting a 6.91 ERA in three starts.

If the first inning at Miller Park was any indication, Peralta won’t see his ERA drop any time soon.

The middle of St. Louis’ order got to Peralta big time in the initial stanza with Paul Goldschmidt and Paul DeJong going back-to-back. What’s more impressive is that the balls traveled a combined 905 feet.

Talk about teeing off in a big way. Goldschmidt’s homer is no surprise given that he entered Monday’s action as a .413 hitter with 12 homers and 28 RBI in 27 career games at Miller Park.

This had to be one of the primary reasons St. Louis exhausted a small bounty in acquiring Goldschmidt from the Arizona Diamondbacks during the winter. It paid off here.