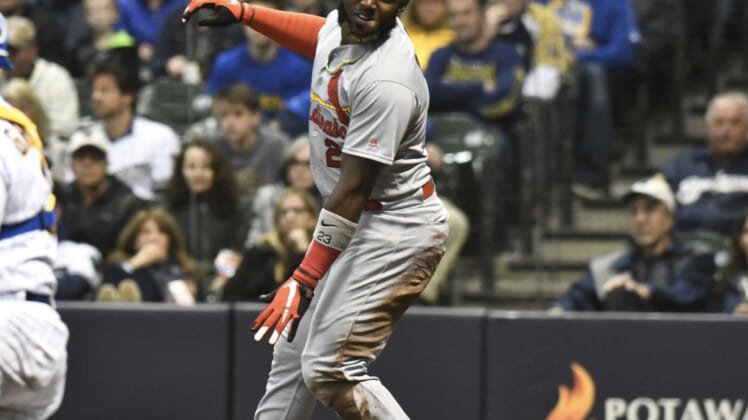 In the eighth inning of Tuesday’s game between the Los Angeles Dodgers and St. Louis Cardinals, St. Louis left fielder Marcell Ozuna committed a blooper that will be seen for years to come.

It all started when Los Angeles’ Enrique Hernandez launched a high fly to deep left field. Ozuna hustled over, scaled the wall, and prepared to bring the ball back. Only, the ball fell a few feet short of the wall. By the time Ozuna realized, he had only enough time to fall flat on his face in an unsuccessful attempt to catch it.

We have some good news and bad news for Ozuna. The good news is that Hernandez was stranded on base and the Cards eventually won 4-0.

The bad news? He can expect a good fine in Kangaroo Court. This may not quite be on the level of Jose Canseco letting a ball hit his head and bounce over the fence. But it’s definitely a play custom made for blooper films.