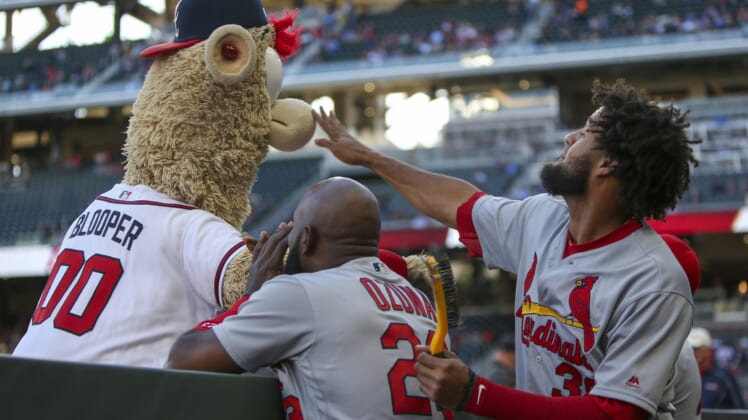 Bobbleheads are a staple piece of memorabilia for every MLB fan and one of the most popular giveaways by MLB teams. It turns out, they are quite popular among the players as well.

The pure joy on Martínez’s face as he flicks Ozuna’s head up and down to watch it bobble then mimics the motion makes the moment even greater. While Ozuna might have been too far away to see his teammate’s hilarious moment, he surely will hear about it soon.

One thing is for certain, the Cardinals need to quickly get to work on making Martínez his own bobblehead. Perhaps they can even make a bobblehead of Martínez holding Ozuna’s bobblehead and give that to Ozuna.