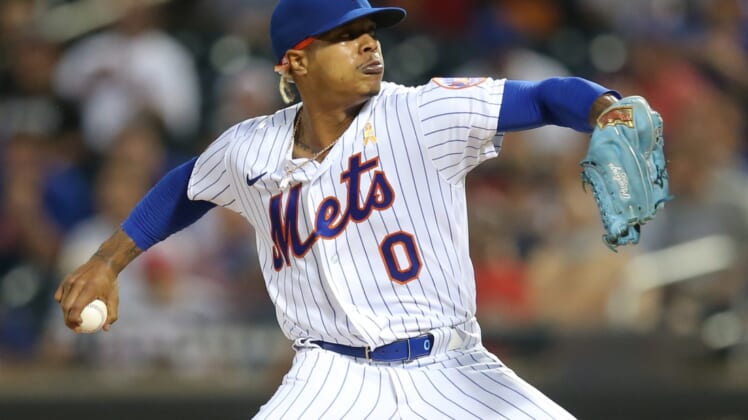 With their sixth win in seven games, the Cardinals (75-69) moved ahead of the Cincinnati Reds (75-70), who entered Tuesday as the second wild card but fell to the Pittsburgh Pirates 6-5. St. Louis began Tuesday tied with the San Diego Padres (74-69), who played the San Francisco Giants later in the night.

Jose Rondon led off the 11th with a single off Jake Reed (0-1) to send automatic runner Yadier Molina to third. Sosa followed with his hit. A Harrison Bader groundout advanced the runners a base before pinch hitter Andrew Knizner laced a two-run single.

The Mets scored twice in the bottom half against Kwang Hyun Kim, who gave up only one hit, an RBI double by Pete Alonso. The second run scored on the pitcher’s throwing error to first base before Kim retired pinch hitter Albert Almora Jr. on a grounder to earn his first save of the season.

The wild 11th inning capped a frantic final four frames. Tyler O’Neill hit a go-ahead, two-run homer in the eighth for the Cardinals before Javier Baez led off the ninth with a game-tying homer.

New York’s Heath Hembree then tossed a scoreless top of the 10th, getting Molina to ground into an inning-ending, 1-4-3 double play.

The Mets had runners at first and third with one out in the bottom of the 10th against Alex Reyes (8-8), but Francisco Lindor grounded to Paul Goldschmidt, who touched first and fired home to begin a rundown that resulted in Kevin Pillar being tagged out.

The Mets took a 2-0 lead in the first, when they strung together four hits, including a bloop RBI single by Conforto and a two-out RBI bunt single by Baez — the last hit by New York until Baez’s homer in the ninth.

The Cardinals tied the score in the fourth on an RBI single by O’Neill and Dylan Carlson’s sacrifice fly. Conforto put the Mets ahead 3-2 with a sacrifice fly in the fifth.