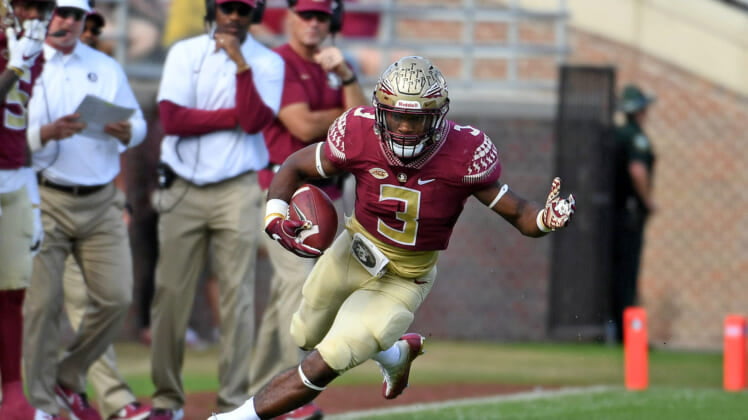 The Florida State Seminoles haven’t had much to feel good about in a disastrous season. Running back Cam Akers wanted to change that and did just that with one of the best catches we’ve seen all year.

In a heated rivalry game against the Florida Gators, Akers created a little separation in coverage and made a play on an overthrow. Akers tipped the ball with his right hand then adjusted and made a one-handed catch against his helmet for the incredible touchdown.

What a grab by Cam Akers pic.twitter.com/qyVRYahGcy

It hasn’t exactly been a big year for Akers, who many expected to be a breakout star this season. However, plays like this and some big games of late show he is more than capable of being a top playmaker in the country.