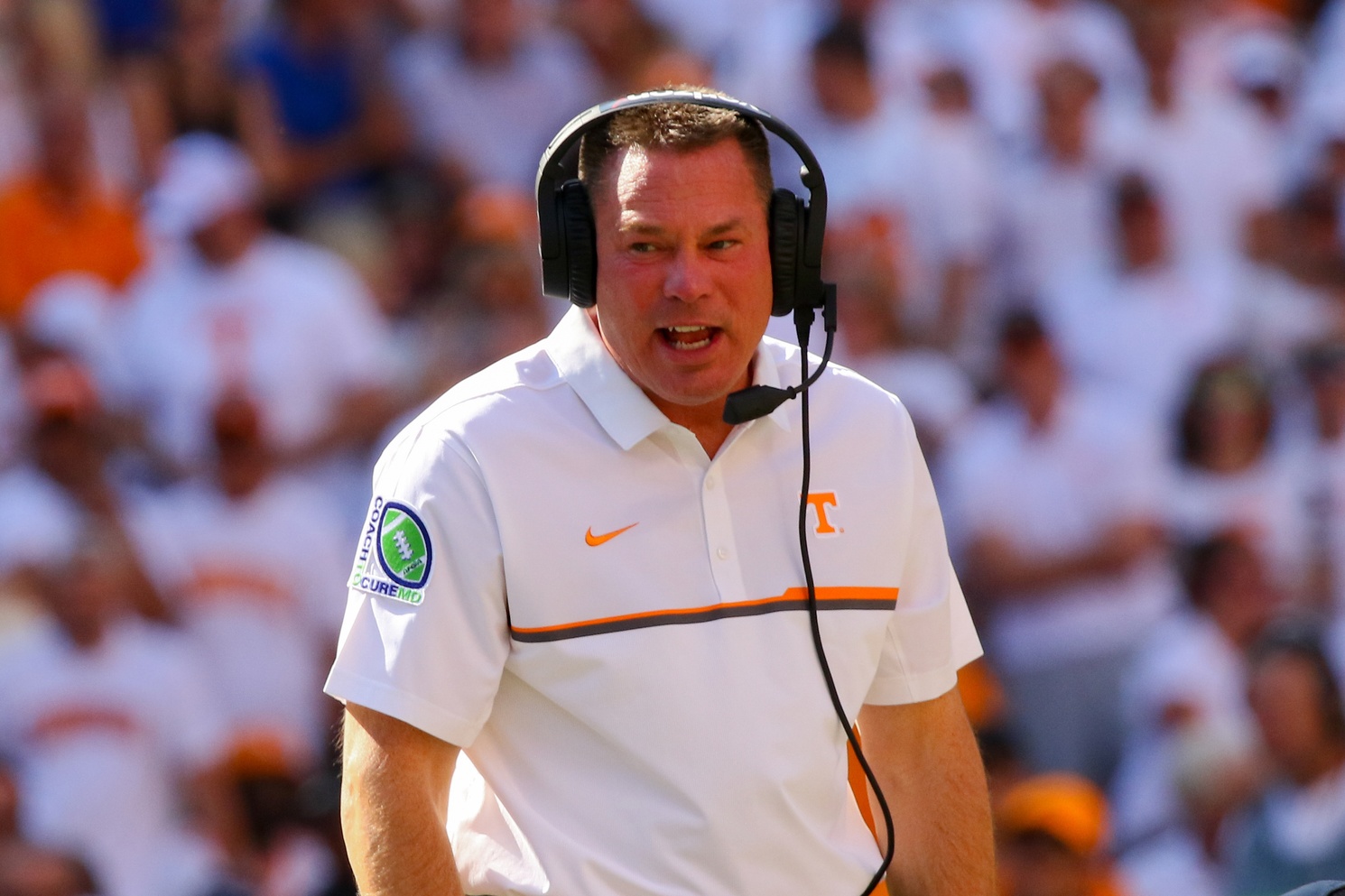 Quarterback Joshua Dobbs put the ball right on Hurd, who should have cruised into the end zone for a touchdown. Unfortunately, he thought he could waltz in without any contest — a poor judgement call on his part, as you’re about to see.

This nonchalant play by Hurd sent Jones into the stratosphere.

Needless to say, the Internet reacted to Jones’ reaction.

an inside look at Butch Jones: pic.twitter.com/ShWrlIKF9j

Already down 10-0 to Georgia when his team missed out on closing the gap, Jones had every right to be upset.